The World Water Council on tour Next stop Dakar 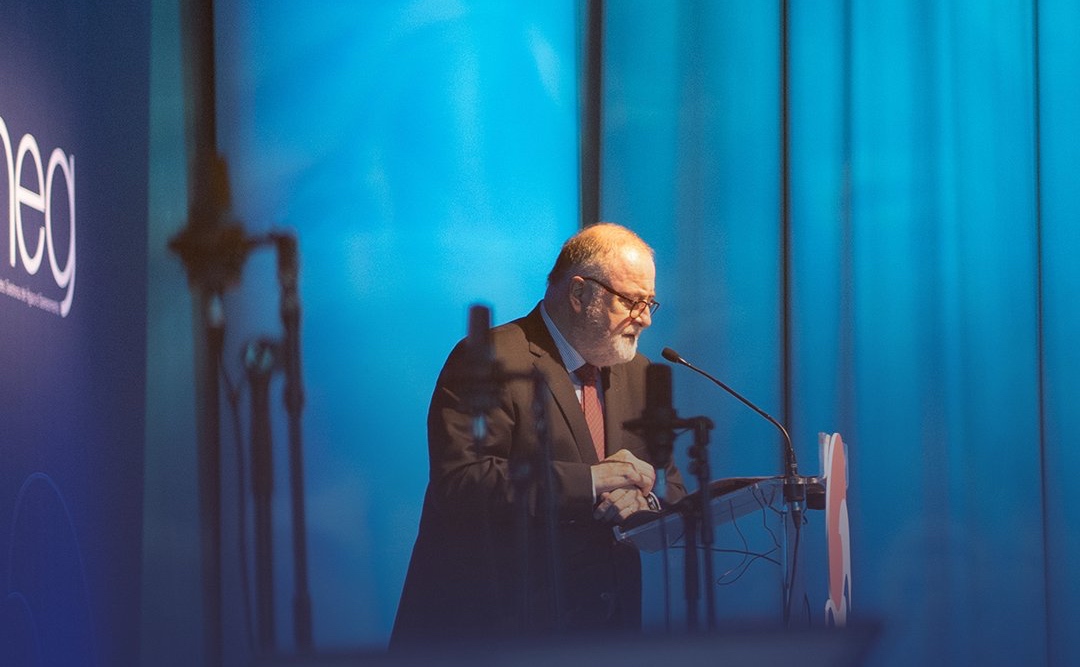 From Korea to Portugal via Malta, Loïc Fauchon has spent the last weeks on the road with one clear focus: to keep on mobilizing the water world around tangible answers on the field. This international tour took place only a few weeks before the 9th World Water Forum, Dakar 2022, and its main theme: “Water Security for Peace and Development".

The event, that gathered many Ministers and all the major actors of the Portugal water world, took place at the Algarve Congress Center from November 23rd to 26th.
M. Fauchon was invited by Mr Rui Godinho, President of the APDA (Portuguese Association of Water and Wastewater services) and the current Treasurer at the World Water Council.

In his opening speech at the World Water Congress, attended by many governors of the World Water Council, Mr Fauchon emphasized on the fact that “our public and collective mission, as citizens of the world, is to guarantee the security of water for us all and by us all”, a theme that will be very central at the 9th Forum in Dakar.

At the World Water Cities Forum, he gave a series of recommendations to the representatives of the 11 cities invited for a better use of water in urban areas, such as a wider concertation between the different municipalities, or the creation of aquatic reserves as a way to increase the water reserves while preserving the ecosystem.
He also invited the Daegu Mayor, Mr Young-Jin, and the political representatives attending the event, to the 9th World Water Forum in Dakar in March 2022.

Last stop: Malta, for the 4th Mediterranean Water Forum (December, 6th to December, 8th).
Mr Fauchon congratulated the Maltese efforts to achieve water security using innovation and technologies – such as desalination or water reuse. “This is an example that we will bring to the next World Water Forum in Dakar next March”, he said.
He also called for all Mediterranean countries to promote access to water for all in their Constitutions.

When he couldn’t make it physically, Loïc Fauchon made sure the World Water Council was still present at all the other important meetings of the water world, through video speeches.

It was the case for the XXIV Brazil Symposium on Water Resources that gathered about 3000 people for 5 days in Belo Horizonte at the end of November.
Thanks to Mr Jorge Werneck, Director-President of the ADASA (Agência Reguladora de Águas, Energia e Saneamento Básico do Distrito Federal) and Board Member at the World Water Council, three roundtables focused on the 9th World Water Forum: One on the financing part, one on water-related conflicts and one on wastewater.
The World Water Council would like to thank Mr Werneck and each of its governors who took part of these roundtables.
Download Loïc Fauchon’s full speech

• HighLevel Expert and Leaders Panel on Water and Disasters (HELP)

Mr Fauchon was also invited by Korea’s Former Prime Minister, Mr Han Seung-Soo, to give a speech during the last meeting of the High Level Expert and Leaders Panel on Water and Disasters (HELP), which took place in the Netherlands on December 7th and 8th in a hybrid format.
Watch Loïc Fauchon’s speech

Last but not least, The World Water Council was also “present” in virtual meetings that gathered up to thousands of people behind their screens around the globe.

It was the case of the ASCE (American Society of Civil Engineers) Congress on December. The ASCE has 150 000 members scattered in 177 countries.
Loïc Fauchon had the great honor to introduce Prince Albert of Monaco at the opening ceremony of the ASCE Congress.

The World Water Council was also present by video at ISARM (International Shared Aquifer Resources Management), a congress organized by UNESCO –all virtual this year.