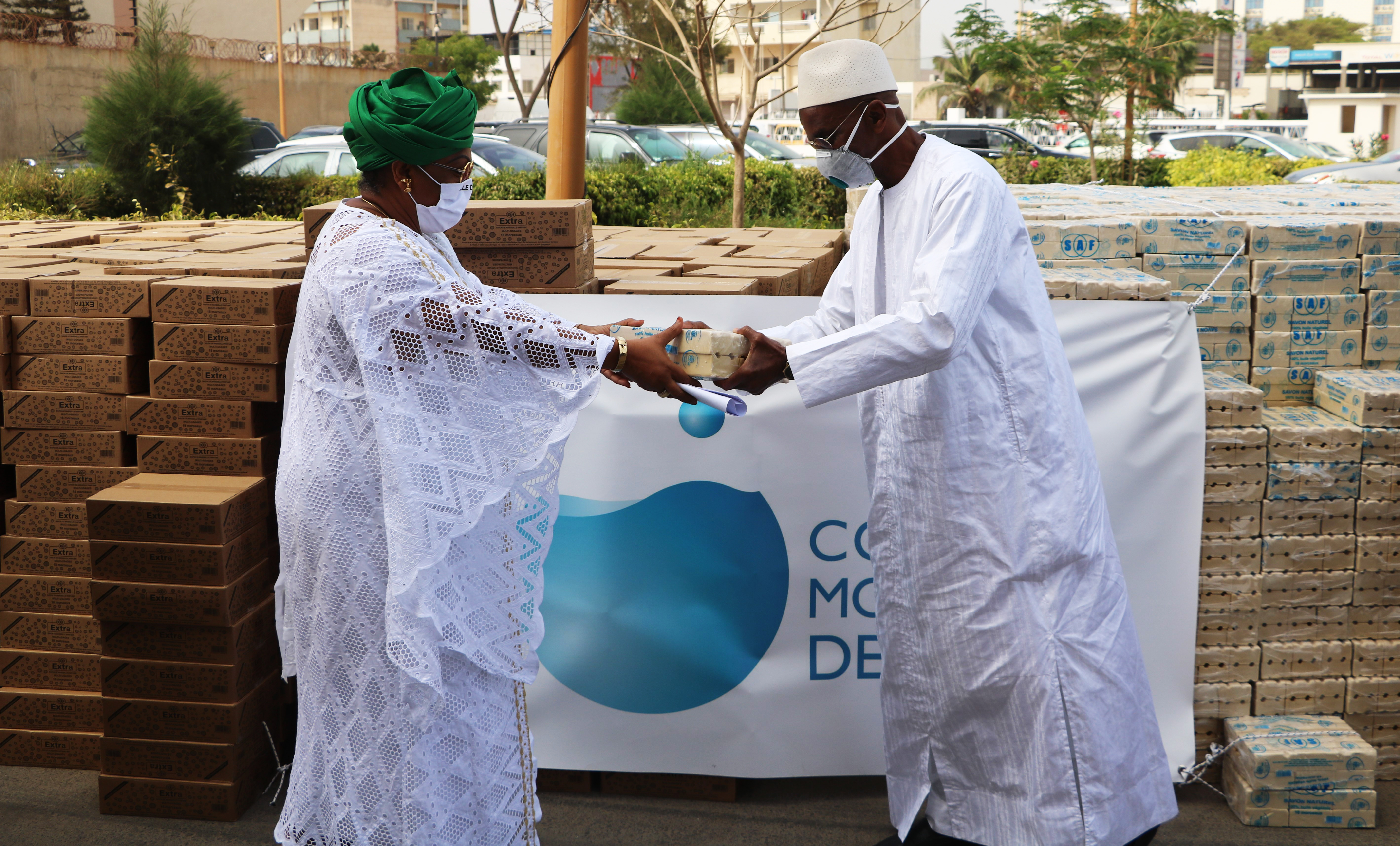 As part of the fight against the Covid-19 pandemic, the World Water Council has provided Marseille soap to the Senegalese State and the City of Dakar, which are conducting basic necessities distribution operations. Water and soap are basic barriers to protect against the spread of Covid-19 and the World Water Council has chosen to provide the means for a better hygiene to the most deprived.

Nearly 80,000 soap bars produced in Dakar were provided to the Senegalese state and the Mayor of Dakar. During a first ceremony on Friday 10th of April, Mamadou Dia, Governor of the World Water Council, representing President Loïc Fauchon, underlined that the State of Senegal and the City of Dakar were the partners of the World Water Council in the organization of the 9th World Water Forum to be held  22-27 March 2021. “It’s a small but symbolic gesture of solidarity,” he added, insisting on the fact “that water is life and that during this pandemic, water combined with soap helps preserve life.”

Watch the video of the ceremony with the City of Dakar