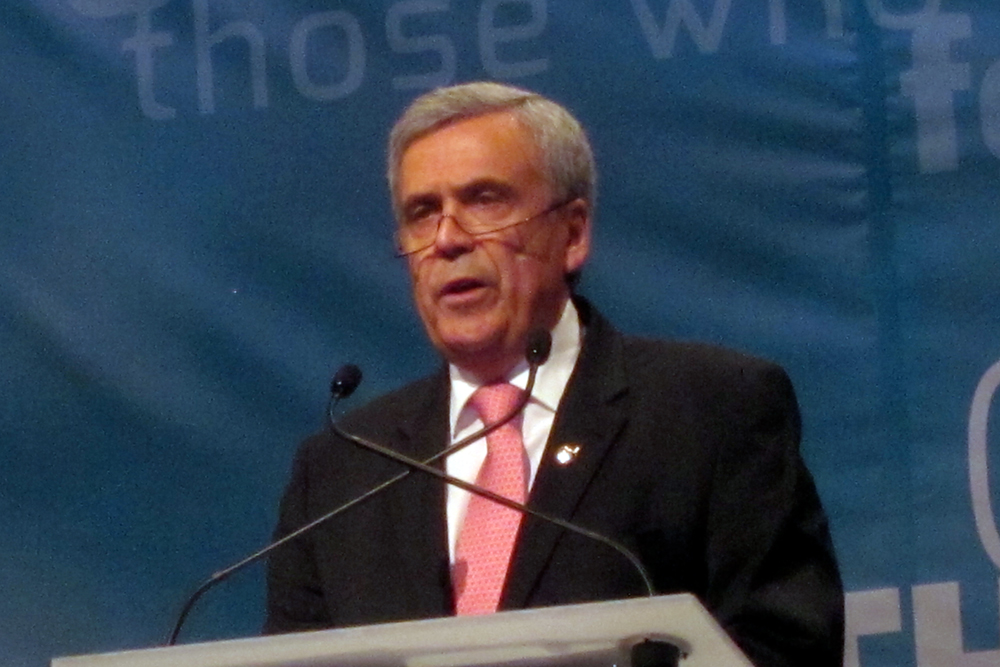 8 October 2013, Budapest, Hungary -  “We are here today, to prepare a long-term agenda because water is at the core of sustainable development,” said the President of the World Water Council, Benedito Braga this afternoon in the opening plenary of the Budapest Water Summit. “Our purpose is to define a common strategy to protect and enrich our common goods, our livelihoods, by putting water at the center of our development objectives,“ Mr. Braga stated. The Council’s address was well received by the President of Hungary, János Áder and the Secretary General of the United Nations, Ban Ki-moon.  More than 1200 delegates are present in Budapest for the four-day summit that is co-organized by the government of Hungary, the United Nations System and the World Water Council. The event aims to contribute to the design of Sustainable Development Goals that incorporate the fundamental role that water plays in securing food, reducing poverty, empowering girls and women and in improving the quality of life of humans in both the developing and developed world. One of the major outcomes of the Summit will be a statement recommending that the United Nations develop one dedicated goal on water. “We fully support this recommendation,” said Benedito Braga in the joint press release issued on Monday. “Water is the common thread connecting all of the Sustainable Development Goals. For this reason, we need to have specific targets for water to make sure that goals in other areas, such as health, food and energy, will be attained. This summit will provide inputs for the 7th World Water Forum in Daegu-Gyeongbuk, Republic of Korea, in April 2015,” the President underlined.