Seven Regional Preparatory Processes, culminating in panel presentations and other activities at the 5th World Water Forum, provided rich contributions to both the political and thematic outcomes of the Forum. Some key messages can be found below. These processes were important catalysts for mobilizing stakeholders, promoting cooperation and impacting political decision-making in their regions. Many of the regional Fora will again be organized in the future to support continued progress on water issues in local contexts. 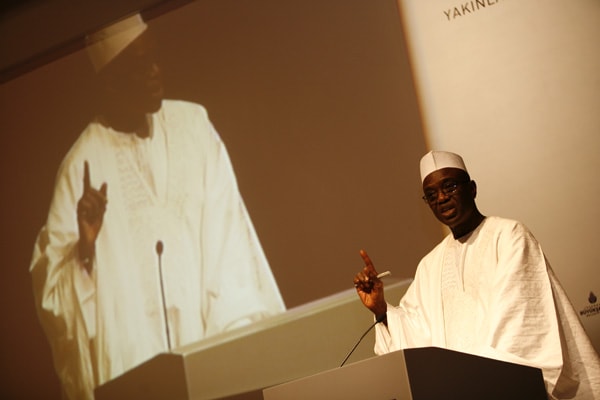 Financing is a priority for Africa

There is currently a clear vision for achieving water security in Africa, and commitments at Africa’s highest political level are in place. A major scaling up of finance for expansion of Africa’s water infrastructure (up to US50 billion per annum with a gap estimate of US$30 billion per annum) is needed and this must begin soon in ways that deliver economic growth.  While a lot is known about financing of drinking water and sanitation, there is still a need to extend knowledge to other water-related sectors, notably agriculture and energy. A comprehensive integrated approach should be pursued on infrastructure development to optimize multi-purpose use with the acknowledgement of country and regional specificities Moreover, Governments must play the central role in pulling financing actions together. Finally, there is a need for strong cooperation on transboundary water resources development, as well, in order to cement regional integration. 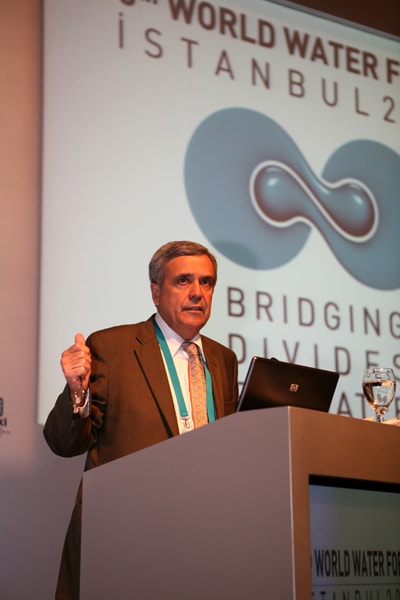 Concerted efforts on multiple uses for the Americas

As a result of the Americas regional process, 250 stakeholders from 35 countries who had gathered in Foz do Iguaçu, Brazil, on 24-25 November 2008 for the Water Forum of the Americas drafted a concise and consensual document that contains twelve main recommendations for the region, including:

The promotion of social inclusion and eradication of poverty through universal access to water supply and sanitation as well as through the productive use of water, by means of the usage of hydroelectric power, irrigation for food production, transportation, tourism and recreation, within a sustainable development context;

The institutional strengthening of management bodies and promotion of internal and external integration of water resources policies with other sectoral policies;

Within the specificities of each region, the consideration of the multiple use of water on an efficient and rational basis, incorporating environmental conservation, protection and reclamation as necessary actions toward the improvement of water availability.

Disasters and food shortages affect Asia-Pacific the most

From 1980 to 2006, approximately half of the world’s recorded fatalities due to water-related disasters were in Asia. Of the 4.7 billion people affected by those disasters, Asia accounted for 90% of them. Likewise, two-thirds of the world’s hungry people live in Asia. One in seven in this region lacks access to water and half of the population lacks access to basic sanitation.
Despite cause for alarm, water problems of the Asia-Pacific region are manageable with strong political will, leadership, and commitment. The Asia-Pacific region has taken on water security challenges head on and has provided a model for other regional processes to follow, notably through the successful organization of the 1st Asia Pacific Water Summit convened in Beppu, Japan in December 2007. 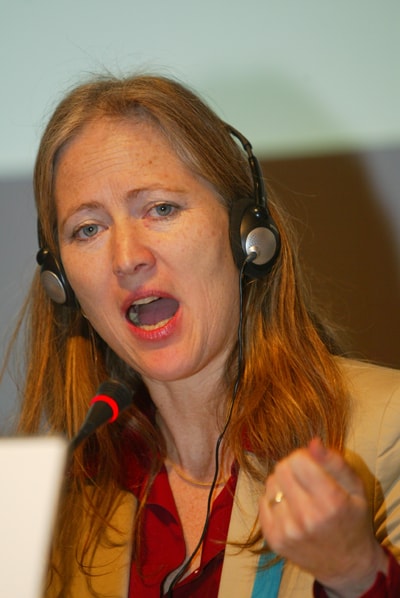 Dozens of stakeholders in Europe designed together a “Water Vision for Europe” that will be, together with the feedback from discussions at the 5th World Water Forum, incorporated into a guidance document and presented to the incoming European Commission in autumn of 2009. It stresses the need for cooperation between sectors, stakeholders, countries and regions in Europe to support further progress through a new, more holistic approach. Part of the challenge lies in raising public awareness: people need to understand why and how they should contribute. Another part lies in targeted financial incentives, such as appropriate taxes and tariffs. And a third part, in well defined legal and regulatory instruments. Moreover, better information is needed to support decision-making at all levels—from the policy maker to the person turning on the kitchen tap. Water research and data needs to be accessible, understandable and relevant to the needs and concerns of its users. 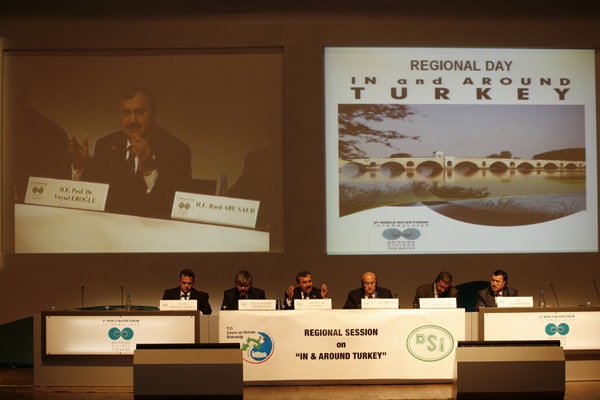 As the host country of the 5th World Water Forum, Turkey organised over 20 preparatory meetings inside and around its borders in 2008, covering the entire scope of the Forum’s 6 themes. Through this regional process, Turkey, itself, served as a “bridge” in fostering cooperation in its part of the world. By working together on the challenges that divide the region, partners were able to identify problems, needs, weaknesses and abilities regarding water issues, thus, enabling the convergence of joint and sustainable solutions. Indeed, the activities of this regional process illustrate how water can be used as a powerful tool for acheiving peace and security, for everyone’s benefit. 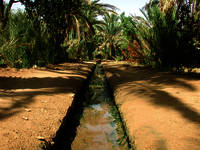 Following an extensive preparation, the 1st Arab Water Forum was held in Ryadh, Saudi Arabia in November of 2008 and discussed the contribution of Arab States to the 5th World Water Forum. The reflection centered on bridging divides between and inside countries, between the poor and the rich, between the present and the future and between science and technology. To bridge the divides that result from the major challenges within nations to water resources management, a multi-sectoral, multistakeholder, multi-governance-level set of approaches is needed in the Arab world. The greatest need is not in new engineering schemes, but in the reform of current policies and practices that will meet these challenges over the next decades. Bridging those gaps and moving beyond engineering to an understanding of water through multiple lenses will ensure a bright new era in Arab water. Solutions to water scarcity problems require the consideration of cultural, educational, communication and scientific aspects. Given the increasing political recognition of the importance of water, it is in the area of sustainable freshwater management that a major contribution can be found to avoid or solve water-related problems, including future changes. 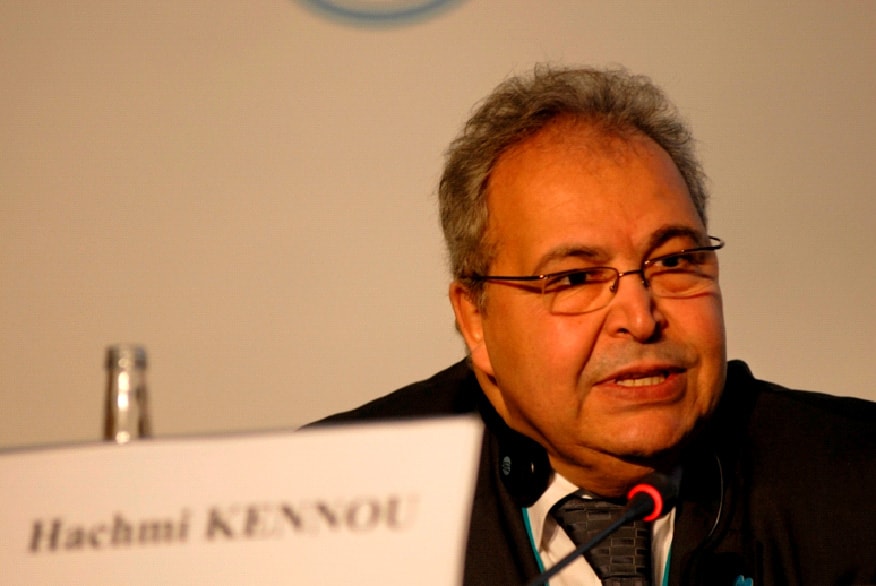 Ministers agree to create a Mediterranean strategy for water

Just prior to the 5th World Water Forum, ministers assembled at the Euro-Mediterranean Ministerial Conference on Water in Jordan adopted a final declaration stating that regional cooperation would be an essential and indispensable tool in creating a Mediterranean Strategy for Water. The regional process for the Mediterranean went on to produce its own message in which a number of priority issues for the Mediterranean were identified. These included the need for adaptation to climate change and water demand management, the strengthening of renewed water policies, and the implementation of realistic cost recovery mechanisms. Indeed, coastal areas suffer compounded effects due to higher population density, future growth perspectives, consequences of tourism, territorial imbalance, greater resource scarcity, coastal wetlands and increased risk of extreme phenomena. Ways to improve capacities, information exchange, public awareness, stakeholder participation and education, and new water culture must also be addressed.