The Ministers and Heads of Delegations assembled in Istanbul on 20-22 March 2009 on the occasion of the 5th World Water Forum adopted a Ministerial Statement and accompanying Water Guide, which addressed the global challenges related to water within the context of sustainable development and global changes. The Ministerial Declaration includes many commitments, for example to intensify efforts to achieve MDG targets, implement IWRM and information sharing at the river-basin level and prevent and respond to water-related disasters. In addition, it also encourages better scientific research, education, technologies and use of financial resources, while emphasizing the need to share experiences and best practices.

For the first time in the Forum’s history, the Ministerial documents were based on thematic input and structured according to the same framework. They were, then, further developed through a series of four PrepCom meetings in which Thematic and Regional Coordinators and representatives of Major Groups actively participated, alongside approximately 100 delegations from national Governments. Moreover, eight ministerial roundtable discussions were organized on 21 March 2009 in Istanbul, the outcomes of which independently mirrored those of the thematic process.
Despite of the difficulty for a very small number of countries to agree in principle to the inclusion of the Right to Water in the Ministerial Statement, 32 countries have already included it in their legal frameworks. The main debate actually concerned the distinction of water as a human right or as a social an economic right, the latter concept being already widely accepted. A thorough evaluation of the implications of water as a human right by the UN Committee on Human Rights is forthcoming and will aid further reflection on the matter. 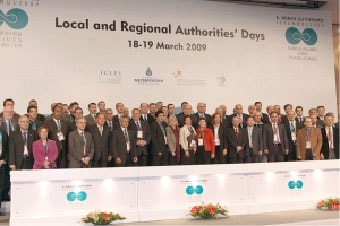 Two hundred and fifty Local and Regional Authorities from forty-three countries were represented in Istanbul. The Local and Regional Authorities’ political process produced the Istanbul Water Consensus (IWC), a new compact for Local and Regional Authorities willing to commit to adapting their water infrastructure and services to the emerging challenges they are facing, such as climate change, rapid urban growth, depletion and pollution of water resources or aging infrastructure. The 58 signatories of the IWC committed to prepare action plans to analyse these challenges and cope with them, to set up a series of indicators and to report on the progress at the next World Water Forum. In addition, 10 major cities, including Vienna, Lausanne, Incheon, Paris and Buenos Aires, will continue to build on the momentum generated thus far on specific issues in their special role as “champion cities” for the IWC. 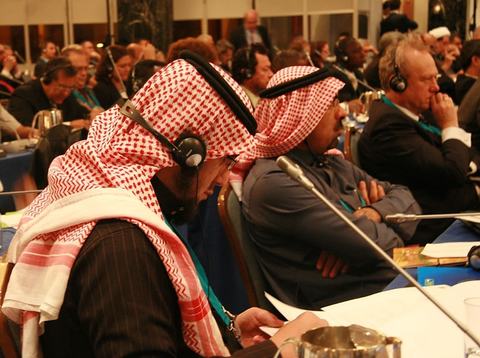 For the first time in the Forum’s history, Heads of State from eleven countries met and launched a broad-based Appeal for Action, an appeal that seeks water security, climate adaptability and international solidarity through more strategic use of the world’s most precious resource, water. Each Head of State shared his or her views on why water has become a top priority in a telecast to Forum participants, followed by a private meeting in which they discussed water resource management in the global context of the financial crisis, climate change and fluctuating food and energy prices.