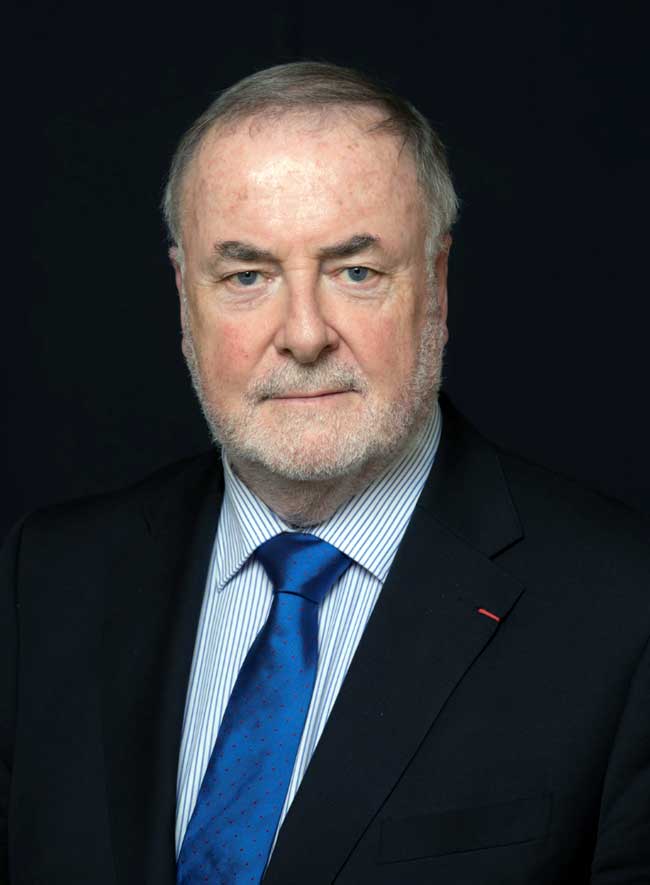 Loïc Fauchon graduated in 1970 from the Institute of Political Studies of Aix-en-Provence. He began his career working as a civil servant in public services and several local authorities - the Verdon River Syndicate, the Regional Council of Provence-Alpes-Côte d'Azur, the Departmental Council of the Bouches-du-Rhône and the City of Marseille, where he served as Chief of Staff to the Mayor of Marseille and as Secretary General. He was elected Mayor of Trets from 1989 to 1997.Appointed as General Director of the Water Supply Company of Marseille in 1991, he became Chief Executive Officer in 1997, leading a group of 15 companies with 1,800 staff.

Understanding the vital importance of water throughout the world, and after having led several humanitarian field missions, he created the NGO "Trans-Sahara Caravanes Sans Frontières" in 1977 to respond to humanitarian emergency situations. He also created a specific emergency response body with the Water Supply Company of Marseille, called “Waterhelp.” He is a member of several international and non-governmental organizations and of the HighLevel Expert and Leaders Panel on Water and Disasters (HELP).

He was appointed CEO of SAFIM (Marseille International Exhibitions LLC) in 2014.

He was awarded the rank of Chevalier of the French Legion of Honour in 2003.