The Prize Committee is comprised of seven members and special advisors from the Kingdom of Morocco and the World Water Council. It is responsible for the overall planning, management and promotion of the Prize.

The Prize Jury is in charge of the evaluation of the nomination proposals, in accordance with the rules, and screened according to the criteria of the Prize Committee. It is composed of international and Moroccan figures that are knowledgeable about the world of water, and also selects the Prize winner.
For the 6th edition of the Prize, the Jury is composed of the following members 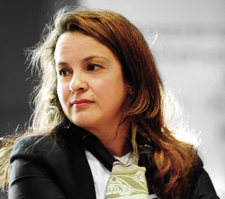 Charafat Afailal El Yedri
President of the Jury
Secretary of State to the Minister of Equipment, Transport, Logistics and Water, in charge of water

Director of Water research and Planning

The Secretariat of the Prize is located at the headquarters of the World Water Council. It comprises Council staff and is managed by the Administrative Director and the Prize Coordinator.