Energy and Water meet in Lyon 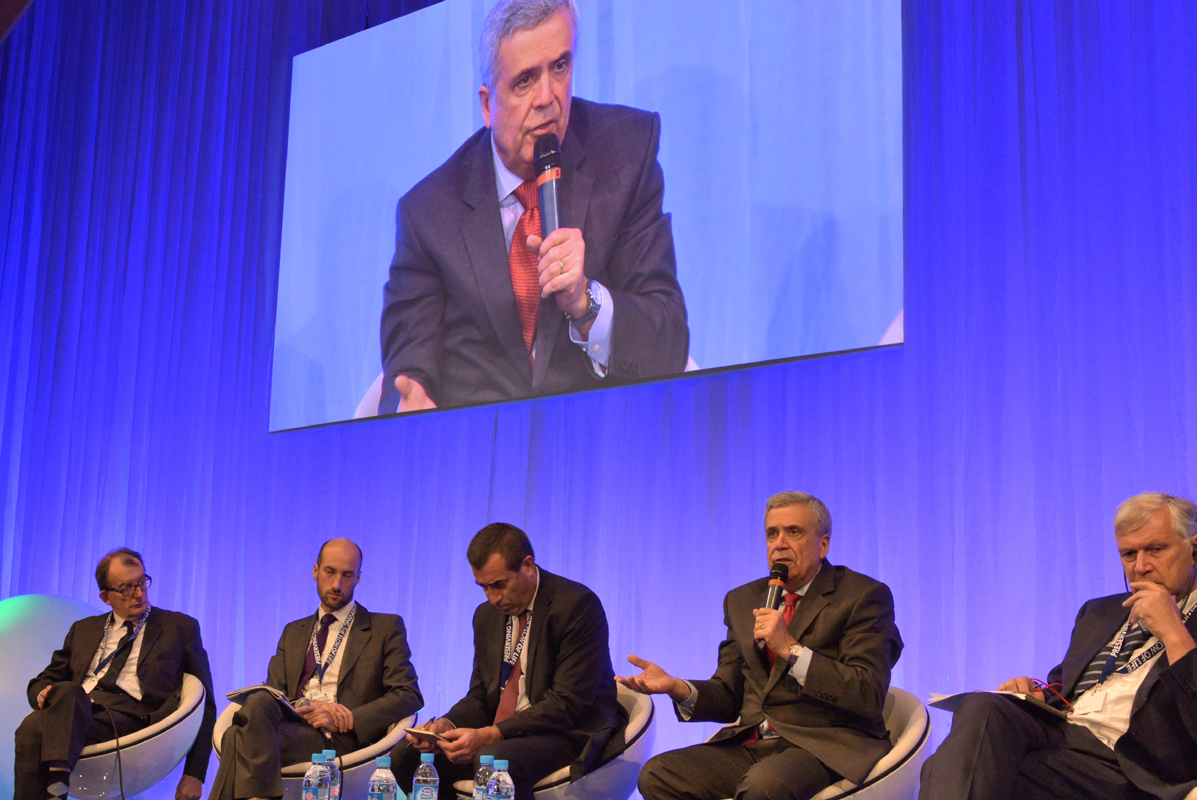 Lyon, France, 31 October 2014 - Around 330 participants attended the conference “Preserving the flow of life” which aimed to address strategic issues related to Water and Energy interdependency. The roundtables brought together international representatives from the energy and water sectors and focused on topics articulated around water and energy governance, the energetic efficiency of water services, and innovations in water and energy. Also showcased were examples of local authorities’ involvement in these issues.
As the world’s population grows, water and energy are increasingly needed to sustain societies that are rapidly becoming more urban and prosperous. “Water resources planning and management are performed at the river basin level. We need to integrate water, energy and agriculture policies at the basin level to minimize conflict and to maximize returns both to humans and ecosystems,”
Benedito Braga said while addressing participants at the plenary session on the first day. “Solutions require comprehensive and coherent policies that take into account the interdependency between water and energy,” he added.
Serving as a transitional step on the theme between the 6th World Water Forum of Marseilles, France (March 2012) and the upcoming 7th World Water Forum of Daegu, South Korea (April 2015), the conference is also gearing up efforts in view of the COP 21 meeting which will take place in December 2015 in Paris, France. It was co-organized by the Grand Lyon, Electricité de France, the French Water Partnership, French Water Agency Rhône-Méditerranée Corse, Société Hydrotechnique de France, Groupe de Recherche Rhône Alpes sur les Infrastructures et l’Eau, and the World Water Council.
More on the website ‘Preserving the flow of life’ (http://www.preserving-the-flow.com)
Tags
WWC
WWC

On October 27, the inaugural Financial T

Without water, there is no life, no fo

The Budapest Water Summit 2016 is organi