African Ministers call for action on water and climate 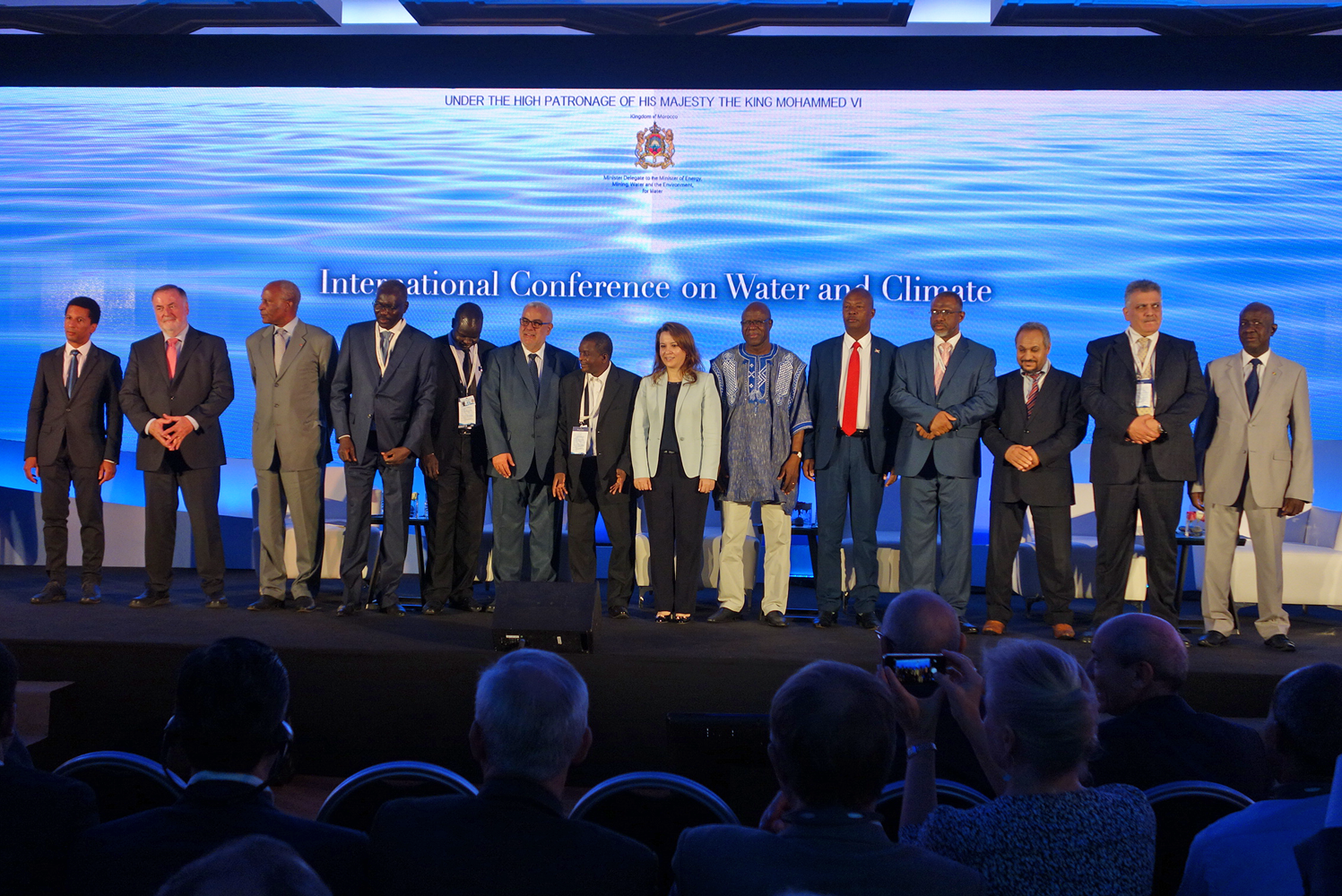 Over 600 participants attended the international conference on “Water Security for Climate Justice” in Rabat, Morocco on 11 and 12 July, co-organized by the Government of Morocco, the Government of France and the World Water Council. Announced at CoP21 last year, the conference aimed to raise political awareness for water within climate change discussions. “Water security needs to be considered in order to moderate the injustice of climate change impacts” stated Honorary President of the World Water Council Loic Fauchon in his keynote speech.
Through a high-level roundtable discussion where more than 20 African ministerial delegations participated, a call for action was launched to unite African voices around the specificities of the continent with regard to water and climate change. As water is a fundamental underlying factor for low-carbon solutions as well as the resource through which climate impacts are most frequently manifested, the “Water for Africa” outcome document calls for attention to be given equally to mitigation and adaptation measures and also calls for the development of specific financial mechanisms. The ministers also recognized various multi-stakeholder initiatives, including the #ClimateIsWater initiative, coordinated by the World Water Council.
Four thematic sessions addressed different aspects of the interlinkages of water and climate. These included i) water vulnerability to climate change, ii) the place of water in the implementation of global agreements (namely the Paris Agreement, and the Sustainable Development Goals); iii) the interactions between water, energy, food security, health and education, and the role of civil society in this alliance, and; iv) climate finance. Additionally, a workshop on the role of dams and reservoirs in mitigating climate change effects such as droughts was organized.
Ms Charafat Afilal, Minister Delegate for Water in Morocco, said in her closing statement, ‘We have sensitized the CoP22 Presidency about mainstreaming water in the climate discussions. Water deserves correct positioning, and we need to guarantee that investment will follow.’ In her speech, she solicited the World Water Council to continue these efforts and organize similar interim meetings on water and climate in the years to come.
This conference succeeded in bringing water a step closer to the heart of the next CoP22 climate negotiations in November, in Marrakesh.

The 7th General Assembly of the World Wa

Prior to the Special Thematic Session on