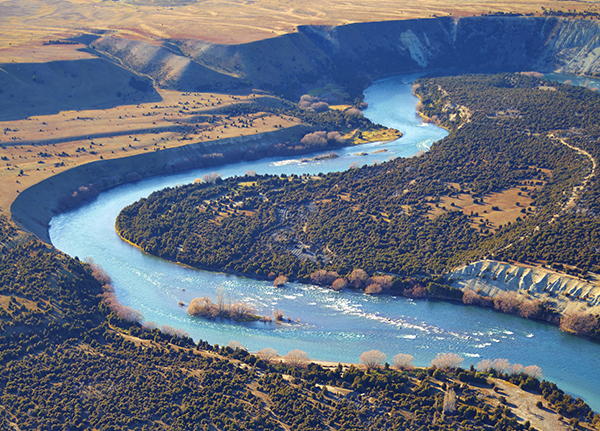 Eric Tardieu, Secretary General of the International Network of Basin Organizations (INBO) and Governor of the World Water Council.

" This is the first time in the history of the World Water Forum that a high-level political segment was entirely dedicated to basins. This was made possible in Dakar thanks to the support of the World Water Council and the host country, Senegal. This segment on basins received all the political attention we had hoped for, with the presence of several key personalities: the Moroccan Minister of Equipment and Water and INBO President Nizar Baraka, the Senegalese Minister of Water and Sanitation, Sérigne Thiam, the President of the World Water Council, Loïc Fauchon, the High Commissioners of OMVS (Organization for the Development of Senegal) and OMG (Organization for the Development of the Gambia) all present at the opening session, as well as Sulton Rahimzoda, Special Envoy of the Government of Tajikistan, and Henk Ovink, Special Envoy for International Water Affairs of the Kingdom of the Netherlands, in charge of the preparation of the United Nations Water Conference in New York in 2023. Two UN agencies were also present: UNECE (United Nations Economic Commission for Europe) and UNESCO.

We thus dedicated a whole day of sessions to basin management, whether transboundary or national, which we had prepared in team with Switzerland, OMVS and OMVG and UNECE. We were able to have a very good geographical range represented, with in particular the two largest river basins of the world: the Amazon (via the OTCA, Organization of the Amazon Cooperation Treaty) and the Congo River (CICOS, International Commission Congo-Oubangui-Sangha). Asia was not left out, with the Mekong River Commission (MRC). Many other basin organizations from Africa, Europe or Latin America were also present, with about 180 participants. It was a great success for us to have this geographical balance in spite of the travel challenges in the current health context.

Second element: The adoption of the Dakar Action Plan for basins, which aims at implementing the Dakar Declaration, the "blue deal", and to better support and mobilize basin organizations in the service of the two sustainable development goals (SDGs) directly concerned: 6.5.1 (integrated water resources management) and 6.5.2 (transboundary approaches). We already have about 100 signatories from about 50 countries. We hope that this will enable basin organizations to attract more attention, support and funding and to confirm their roles in both peacekeeping and sustainable development."