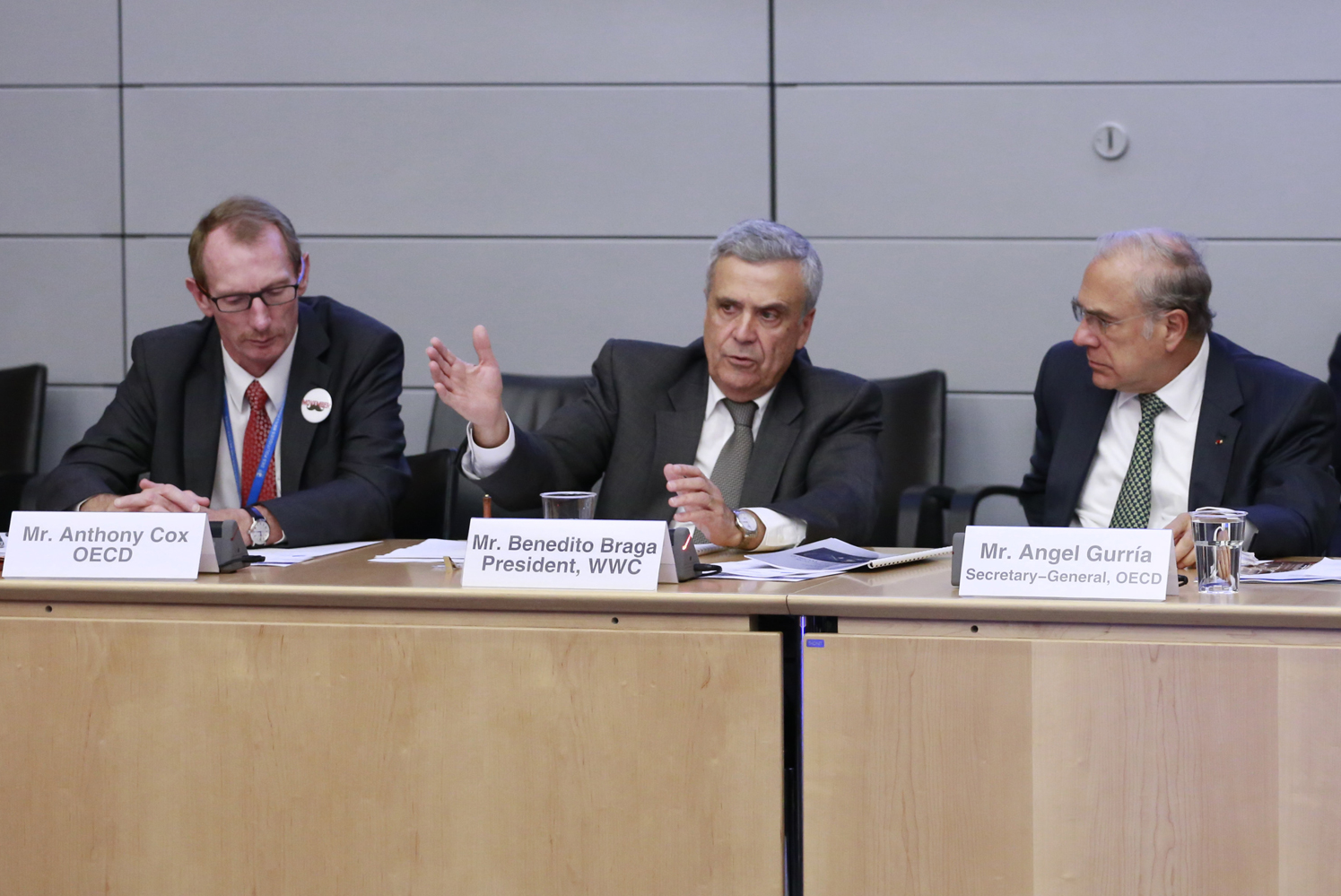 The first meeting of the High Level Panel on Infrastructure Financing for a Water-Secure World took place yesterday at the OECD headquarters in Paris, co-chaired by OECD Secretary General Angel Gurria and World Water Council President Benedito Braga. Members of the panel, including eminent officials from Government, development banks, the private sector, and NGOs, among others, reviewed the preliminary outcomes of the work accomplished thus far by the Advisory Group and worked on identifying some of the key messages to be delivered to the global water community at the 7th World Water Forum in Daegu-Gyeongbuk, Korea, in April 2015. Mr. Gurria expressed his delight with the launch of the panel, indicating “We have the possibility of making a very important contribution.”
The objective of the High Level Panel (HLP) is to send a “wake-up call” for governments to commit to action, at different levels, and address the significant challenges to financing water infrastructure today and in the future. The HLP is an initiative launched by the World Water Council and the Organization for Economic Cooperation and Development, in continuity with a long-standing body of work that the World Water Council has conducted on the issue of financing over the years. “We are honored to have the opportunity to work together again on this subject,” stated President Braga. In 2003, the Camdessus Panel, an initiative supported by the Council and the Global Water Partnership, produced recommendations on how the flow of financing for water infrastructure could be improved. It was followed by the Gurria Task Force, which reported in 2006 on how national financial capacity could be strengthened. The High Level Panel on Infrastructure Financing for a Water-Secure World is a new opportunity to examine the issues afresh, and to use a high level of political influence to shape the international response.
The panel’s meetings will be the first in what will be a committed and ongoing initiative to develop indicators and monitor trends in water infrastructure financing. The HLP is expected to report progress at subsequent World Water Forum editions and provide a lasting contribution towards the achievement of a water-secure world.
Read more on the HLP
Tags
WWC
WWC

“The challenges we face for shared devel

Unofficial translation of the following