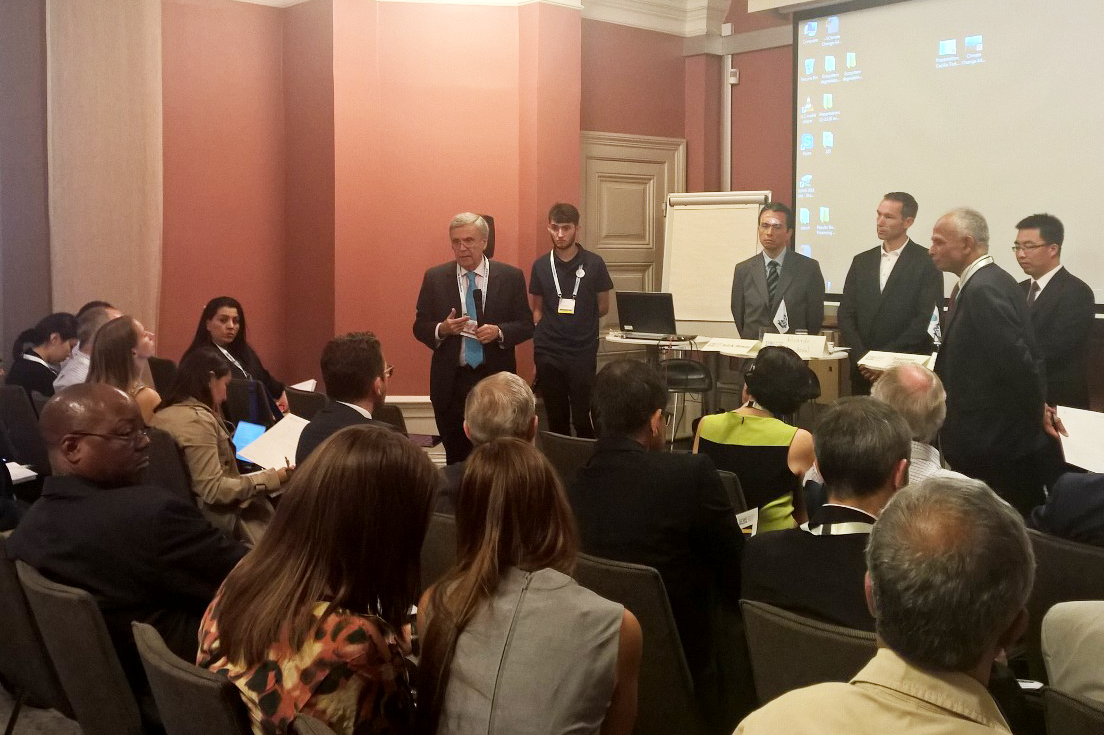 The World Water Council designed diverse and constructive interaction with the participants at this year’s World Water Week in Stockholm around the theme of “Water for Sustainable Growth.” In particular, the Council was a co-convenor of the day-long seminar on “Financing Water for Sustainable Growth” in cooperation with the OECD, the Ministry of Infrastructure and the Environment of the Netherlands, the 2030 Water Resources Group, and SIWI. Read more
On the 28th of August, the World Water Council invited the Daegu-Gyeongbuk Implementation Commitment Champions and their Core Groups to join a roundtable discussion on how to link the 7th World Water Forum Implementation Roadmaps to the broader international agenda and to the 8th World Water Forum preparatory processes.  President Benedito Braga opened the session by reminding the participants that “implementation must be a top priority to overcome current water challenges.” He emphasized that this initiative must continue to be a collaborative effort through the successful leadership of the Implementation Roadmap Champions. In addition, Dr. Jae-heung Yoon, Secretary General of Korea Water Forum, invited the audience to actively participate in the Korea International Water Week (KIWW) “to carry this momentum forward.”
The World Water Council also organized a number of other events during the week, including a very festive 20th Anniversary celebration organized jointly with the Global Water Partnership which was also celebrating its 20th Anniversary, and an intervention during the meeting of the FAO global framework on coping with water scarcity in a changing climate.
On Wednesday 31 August the World Water Council launched its latest book entitled Increasing Resilience to Climate Variability and Change: The Roles of Infrastructure and Governance in the Context of Adaptation. Read more  The book launch and session highlighted the results and output of a concerted two-year global study undertaken by the World Water Council in cooperation with CONAGUA and ANEAS.
In addition the Council continued to promote the recent #ClimateIsWater initiative, whose objective is to increase visibility for water issues within climate discussions, notably at CoP22 in Marrakesh this November. In this perspective, President Braga met in Stockholm with both Charafat Afilal, Minister Delegate in charge of water of Morocco, and Abdeladim Lhafi, the High Commissioner for Water, Forestry and Fight Against Desertification from Morocco.
Finally, President Braga was invited to speak in an interactive session led by the Australian Water Partnership and the US Water Partnership on Building Resilience for Water Scarcity and Drought. The outcomes of the dialogue were articulated around the three subjects of Priorities and challenges, Demand-side management and technologies, and Governance and financing. President Braga, relating his experience as Secretary of State for Water for the State of Sao Paulo during one of the worst droughts in its history, insisted that there is no one size fits all solution when facing situations of extreme drought. He also explained that the World Water Council continually strives to bring this issue to a higher political level.
In conclusion, this year’s World Water Week proved to be an exceptionally fruitful occasion, with many opportunities for future cooperation yet to blossom.
WWC