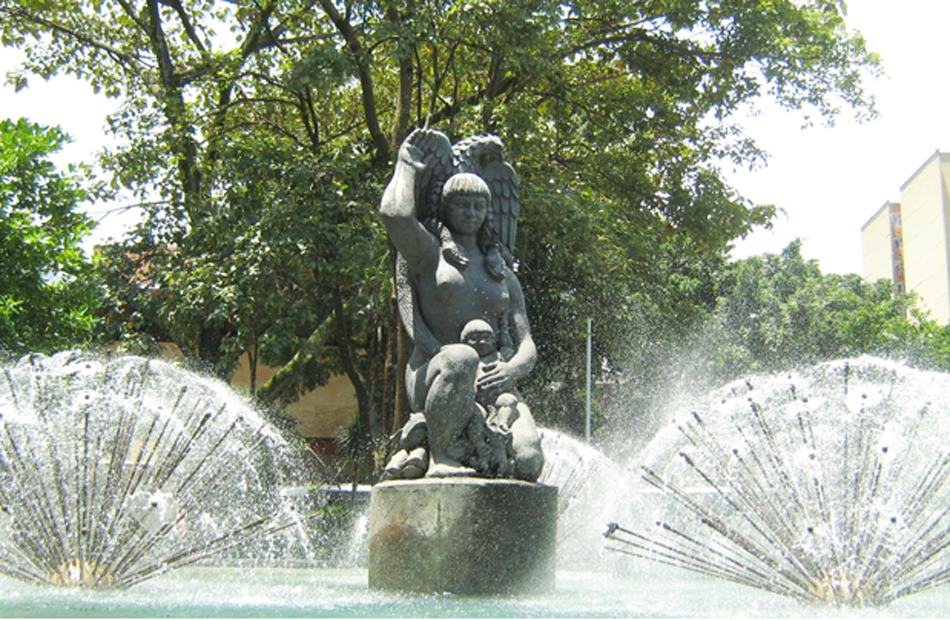 -Local and Regional Authorities commitments to water and sanitation in the face of global changes- Marseille-Barcelona-Medellín, 3 April, 2014 - Cities and their suburbs are continuously growing, pollution is increasing, and the impact of climate change is being felt. All these factors are putting pressure on water resources, threatening human, economic and environmental security, and of course upon cities, which play a vital role in ensuring clean water and adequate sanitation for their citizens. Today, water service provision is increasingly decentralized. Managing water equitably, efficiently and sustainably requires cities to coordinate action and find solutions at a local level.
Local and regional leaders raised a common voice for water and called on national governments to create more effective partnerships concerning water and sanitation on the occasion of the 4th World Water Forum in Mexico, in 2006 (Local Government Declaration on Water). A Water Consensus for Local and Regional Authorities was adopted in Istanbul in 2009 at the 5th World Water Forum.
The World Water Council and the organizations of local and regional governments such as United Cities and Local Governments (UCLG) and ICLEI – Local Governments for Sustainability are committed to assisting cities, towns and regions in developing their capabilities to respond to water and sanitation challenges. The Istanbul Water Consensus (IWC) is a unique initiative that recognizes that local and regional authorities are at the center of water management. By providing support and opportunities to exchange, promote and learn, the consensus helps and challenges local decision makers to improve their water management strategies and services in the face of global changes.
The Consensus acknowledges the need for concerted efforts in urban water management, and commits its signatories to taking action. To date, more than 1100 signatories worldwide have adopted the Consensus, partly due to the continuous promotion of the IWC in partnership with membership organizations such as UCLG and ICLEI. In order to encourage others to follow their example and join the Consensus, the World Water Council and key partners have developed the IWC website: www.istanbulwaterconsensus.org. Not only does the site provide information on the Consensus, its goals and its commitments, but it also aims to showcase innovative and efficient solutions, actions and policies implemented worldwide by signatory Champion cities, such as in Bordeaux (France), Brisbane (Australia), Buenos Aires (Argentina), Incheon (Korea), Léon (Mexico), Osaka (Japan), State of São Paulo (Brazil)...
This Dialogue for Water and Cities is the Kick Off Meeting of the Local and Regional Authorities Process leading up through the 7th World Water Forum, and beyond to Habitat III, which will collectively support implementation on the Istanbul Water Consensus. The ‘Water and Cities’ theme and the Consensus will have further exposure during the year, at events such as the Istanbul International Water Forum from the 27th to 29th of May 2014.
At the World Urban Forum, on April 8th, the World Water Council, UCLG, ICLEI, UN-Habitat and GWOPA will promote the IWC and the ‘Water and Cities’ topic and encourage you to learn more about the Consensus at the “Dialogue for Water and Cities”. Visit the Istanbul Water Consensus website Read the World Urban Forum program
Tags
WWC
WWC

Sharing water to feed the world

“Water security is probably the greatest