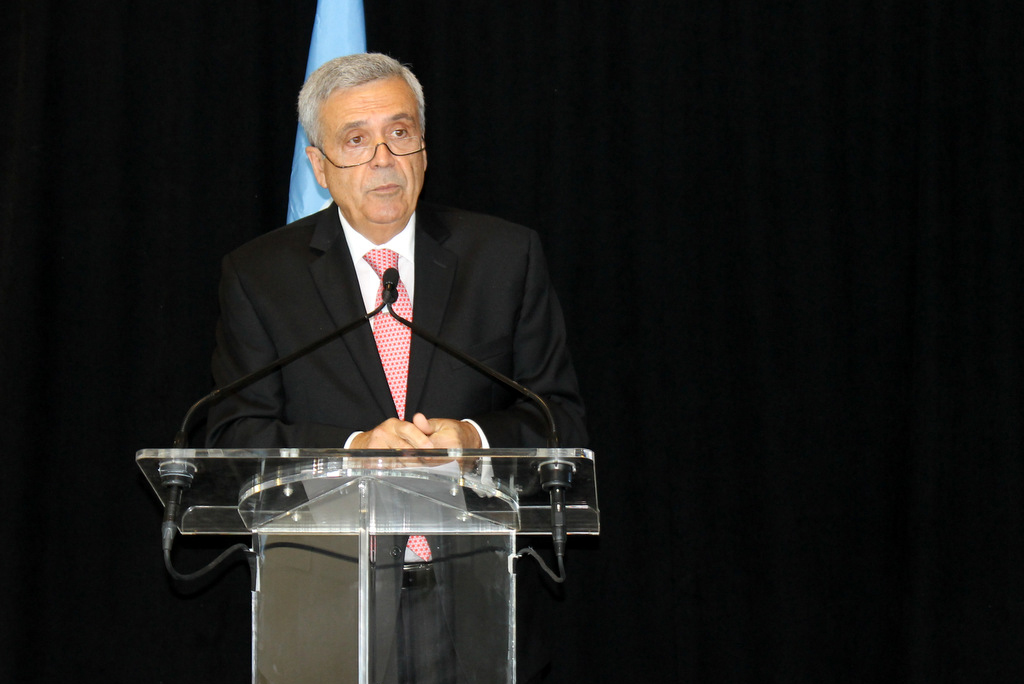 “Tackling Water Risks to Ensure a Sustainable Future” was the title of the luncheon and roundtable discussions that were held at the UN Headquarters in New York on 25 September. The event, with the objective of having water considered in the SDG’s post 2015, was hosted by the Governments of Colombia, the Netherlands and Switzerland together with UNSGAB and the World Water Council, and with the participation of UN-Water. The President of the World Water Council was present and gave a speech in the presence of the Deputy Secretary-General of the UN, Jan Eliasson, the Vice-President and Foreign Minister of Switzerland,  Didier Burkhalter, the Minister for Foreign Trade and Development Cooperation of The Netherlands, Lilianne Ploumen, the Vice-Minister for Multilateral Affairs of Colombia, Patti Londoño and Juanita Castaño, member of the United Nations Secretary-General’s Advisory Board on Water and Sanitation. The President emphasized the immediate need to develop “no regrets approaches” for societies to adapt to climate and social uncertainties and ended his speech with a quote from Leonardo da Vinci who said:  “Not to anticipate is already to moan". Read the full speech here.

During the high-level plenary meeting of

The President of the World Water Council