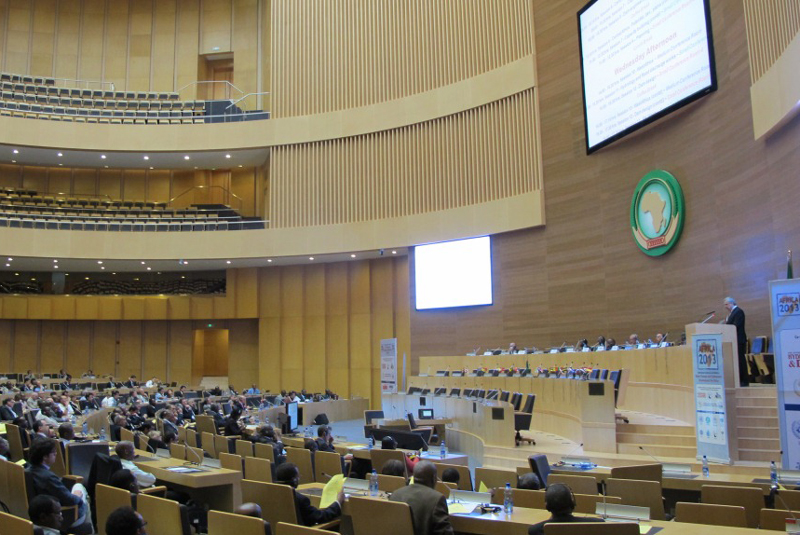 Water and Energy are fundamental to poverty reduction and economic transformation on the African continent. This week in Addis Ababa, Ethiopia, experts and policy makers met at the Conference Centre of the African Union to discuss the future of water storage and hydropower development. Council President Ben Braga gave a speech in the plenary session alongside the Deputy Prime Minister of Ethiopia and Minister of Education, Demeka Mekonnen, and the Minister for Water Resources and Energy, Tegenu Alemayehu, and called: “More than ever water security is paramount for Africa’s future as water availability directly impacts growth and wealth on the continent”. In his speech, President Braga referred to the Council’s report “Water for Growth and Development in Africa” which was released in 2011. This analysis shows that wise investments in managing and developing Africa’s water resources must be secured by considering human, economic and environmental aspects for growth and prosperity. Interviewed alongside with Miheret Debebe, Chief executive officer of the Ethiopian Electric Power Corporation, during a press conference, Benedito Braga called for “increased amounts of water storage for multiple uses”.  Investments made in storage and hydropower – that should be seen as an imperative - are a necessary part of Africa’s development and need to be conditioned effectively within overall infrastructure improvements. The three-day-event is co-organized by one of the Council members, International Commission on Large Dams.