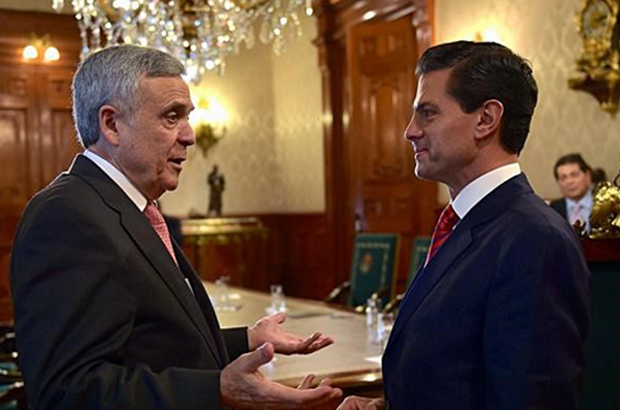 The World Water Council and the World Bank are requesting Mexico to lead a high-level panel on global resource management. Benedito Braga, President of the Council, explained that he seeks to create an intergovernmental space to develop projects to mitigate climate change. The panel, he said in an interview, conveys an idea proposed by President Enrique Peña to the United Nations. “I have come to visit President Peña to invite him to lead an initiative that the Council, together with the World Bank, intends to incorporate into the 2015 Paris Climate Conference (which will take place in December) to give continuity to the work done by the United Nations in New York with its goals for the Sustainable Development Agenda,” he explained before joining President Peña in the National Palace. The Brazilian warned that, although the concern about water is local, poor management of water resources can have consequences on a global scale, as was the case with the 2011 floods in Thailand, which had a strong impact on international trade. So far, the initiative has been proposed to heads of state of countries like India, China, Costa Rica and Brazil, which would join Mexico in the panel discussion. Although Braga praised the performance of the National Water Commission, he considered that the country still needs legislation to integrate the needs across various sectors such as water, energy, health and agriculture, in order to have a more comprehensive water management system. Regarding the General Water Law, which will be discussed in this legislative period, and that would allow the participation of the private sector in water distribution, he requested that water subsidies be guaranteed to the poorest populations. He emphasized that even though water is a public good and cannot be privatized, the provision of services can be done efficiently by public or private companies. "In an open economy system, I do not see any reason why the private sector cannot participate in the process of systems management and operation," he said. "The question is how to ensure that the poorest have access to water. Be it public or private (companies), the State has to provide subsidies to assure that the poor have access to water and sanitation," he stated. The World Water Council is an international organization that brings together 400 institutions, and whose Board of Directors includes David Korenfeld, former head of Conagua. Read the published article in Spanish

Water security for peace and development in the Islamic world