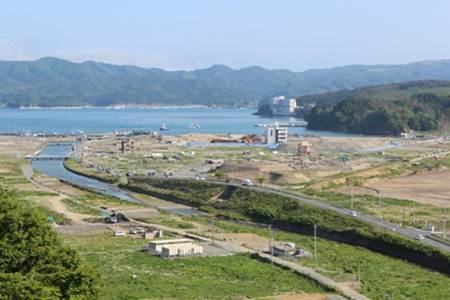 In March 2013, the UN Special Thematic Session on Water and Disasters affirmed that “water and disasters” is one of the most important and pressing issues that the international community should address. In response, High-level Experts and Leaders met in a panel (HELP) on 3-4 June in Tokyo, Japan to lay the grounds of their mission. This includes advocating for a disaster focus for the Sustainable Development Goal relating to climate change. President Braga, present in Japan, congratulated Dr. Han Seung-soo, the founding chair, for his devotion to water and disasters and thanked the political leaders for their continued commitment. Indeed, at the 2nd Asia Pacific Water Summit, held in May, many Heads of State and Government called for an increased focus on water and disasters.  President Braga also met with the Crown Prince of Japan, HIH Prince Naruhito who complimented the Council on its work on water and disasters. Together with Dr. Han and representatives from Asian Governments and major international organizations, the President visited the city of Rikuzen-Takata which suffered major damage during the Great East Tsunami in March 2011. President Braga was impressed by the speed and the quality of the reconstruction work of the barriers that were designed to support the largest flood in the recorded history of tsunamis in that area. He called for the professional and the political communities to be attentive to prevention and mitigation measures that need to be developed to protect large populations at risk today. During his visit the President also met with Japanese existing and potential members of the Council to discuss future collaborations. The President gave a presentation of the Council and Governors T. Inoue and M. Toyama presented the Council’s activities and the the road map for the 7th World Water Forum.