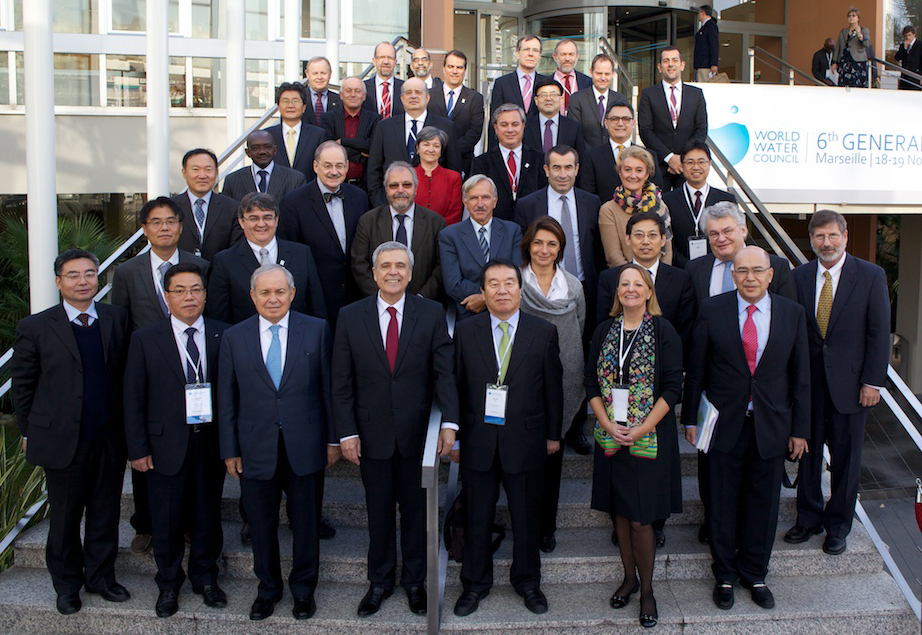 Marseille, France, 19 November 2012 – The World Water Council today announced that its members have elected a new Board of Governors. The Board will oversee and guide the Council’s work for the coming three years. The elections took place during the triennial General Assembly for which 240 participants had gathered in Marseille, France. Through majority rule voting, the members elected the 36 Governors from 64 candidatures and the Governors unanimously appointed Benedito Braga to serve as President of the World Water Council. The new President thanked the members for electing him and congratulated the previous Board and its President, Loic Fauchon, for the important advances made on water issues. “This mandate will be characterized by continuity with change and innovation,” Mr. Braga said before appointing the Vice President, Mr. Dogan Altinbilek, from the Turkish Contractors Association and the Bureau representing the Chinese Government, UNESCO-IHE, World Wildlife Fund (WWF) and the City of Marseille. The World Water Council’s President since 2005, Loic Fauchon, wished the new Board success in its work and stressed that: “Water is a rare resource but its rarity unites us. I am sure that the new Board, under the presidency of Mr. Braga will continue to make progress.” It was in the presence of the Mayor of Marseille, Jean-Claude Gaudin, the French Minister Marie-Arlette Carlotti, the President of Marseille Provence Metropole, Eugene Caselli and the Deputy Secretary-General of OECD, Rintaro Tamaki, that the Council members started their second day of the General Assembly with discussions on the most pressing water related issues. Having focused during the past three years on increasing awareness, fostering dialogue and encouraging the emergence of solutions, the Council is now moving forward in three strategic directions: water security for human essential needs, water security for economic development and water security for environmental sustainability. Echoed in the speeches by the distinguished experts and guests, the consensus among the members showed that it is time to go from solutions to commitments and implementation. 20 new Governors took seat in the Board from 13 countries and 6 international organizations who represent the five Council colleges: Intergovernmental Organizations, Governments and Governmental Authorities, Enterprises and Facilities, Civil Society and Water Users Associations and Professional Associations and Academics. The Board of Governors serves on a mandate of three years that lead up to the World Water Forum, organised on a triennial basis.