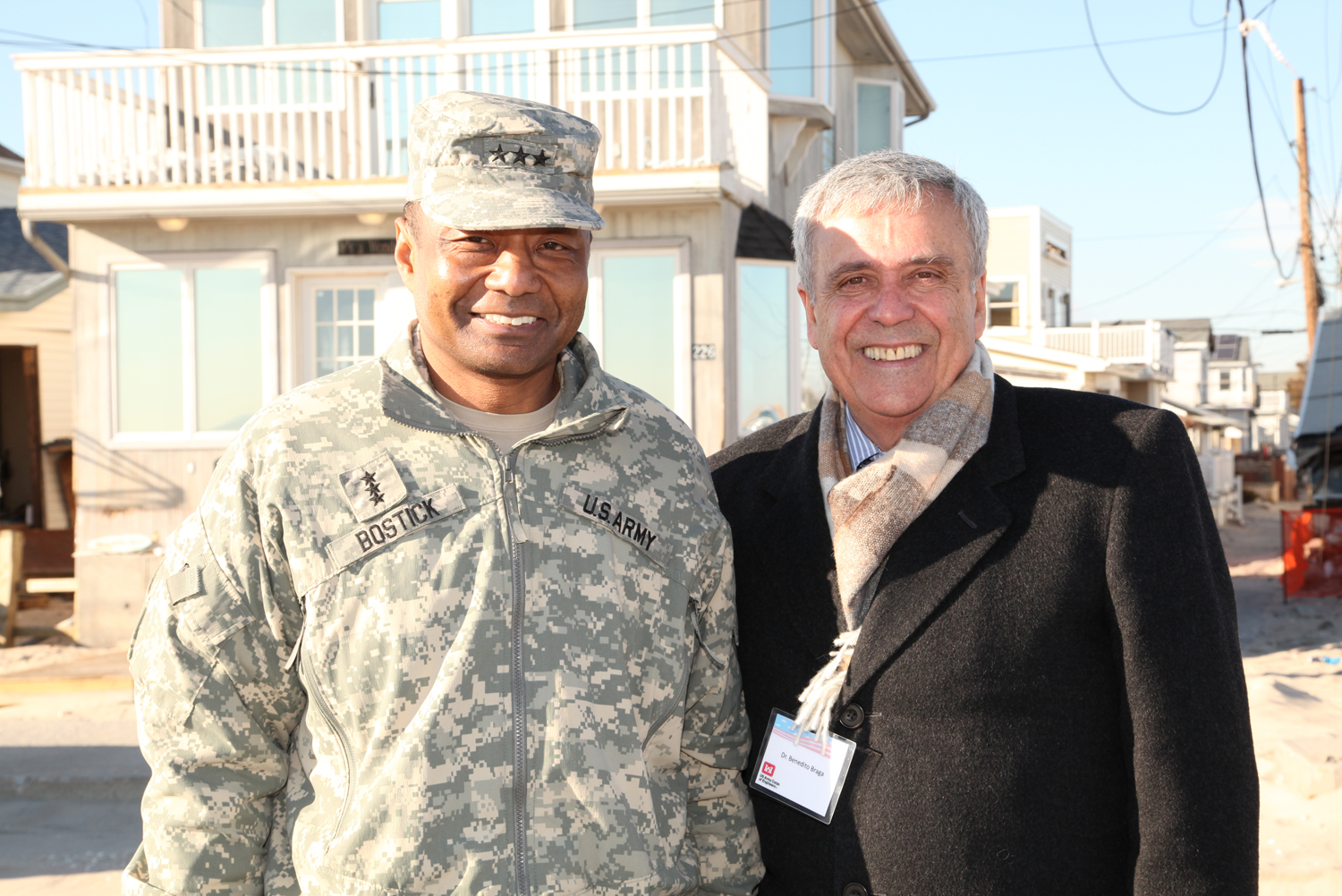 Prior to the Special Thematic Session on Water and Disasters at the UN on 6 March, the Chief of Engineers at U.S Army Corps of Engineers (US ACE), Thomas P. Bostick, invited the President of the World Water Council, Ben Braga, to take part in an inspection of storm damaged areas in New York City. Hurricane Sandy, which struck the city in 2012, has been described as a ‘once in a generation’ storm causing death and destruction across the Caribbean region and the eastern seaboard of the United States. Together with the Council Governor, Jerry Delli Priscoli  and Alternate Governor, Steven Stockton,  from US ACE, President Braga visited areas to assess the impacts on infrastructure. The delegation, which also included Government representatives and renowned experts such as Dr. Han Seung-soo, Former Prime Minister of the Republic of Korea and Chairman of the High-level Expert Panel on Water and Disaster, also discussed similar disasters and impacts in other countries.

The 9th edition of the World Water Forum